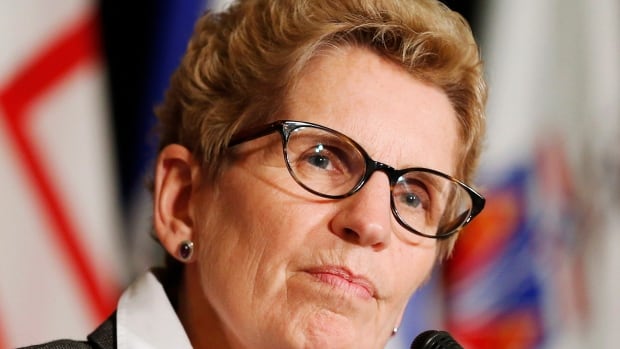 Ontario Premier Kathleen Wynne told the province's education minister to include 'healthy relationships and the topic of consent' in the new sex-ed curriculum, according to the ministry. (Mark Blinch/Canadian Press)

Ontario Premier Kathleen Wynne has told the province's Ministry of Education to include the subject of consent in its new sexual education curriculum.

Wynne told Education Minister Liz Sandals to include "healthy relationships and the topic of consent" in the curriculum — which will debut this fall in Ontario schools — the ministry said Thursday in a statement.

When Ontario tried to revamp its approach to sex ed five years ago, some parents and religious groups resisted, leading to a reversal by then premier Dalton McGuinty.

This time, the province asked parents of elementary school students for feedback on the new health and physical education curriculum, which includes sex ed.

The rise of social media and a "lack of awareness" about internet safety were among the concerns raised by parents, the ministry said.

The curriculum has not been updated since 1998, long before the rise of social media and smartphones, and the ministry said it wants to teach students about healthy relationships "in this technology-driven world."